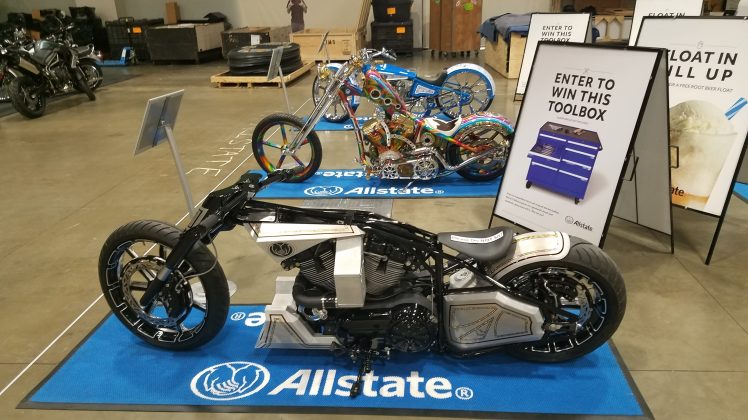 This past weekend the Progressive International Motorcycle Show held at Washington DC’s Walter E. Washington Convention Center.  As a non-rider or even much of a two-wheeled enthusiast, what I experienced changed my mind so much that I even, as they say, “I threw a leg over” and rode a bike at their Discover the Ride experience, where you suit up and with a little practice and a quick lesson and get you on an electric powered bike and cycle.

The perceived demographic of the motorcyclist is that of being older and male. What I expected to see was a grisly and bearded group, what was there was hardly a bunch of grey haired old dudes. While yes indeed there were plenty of men of a certain age, there were also teens, twentysomethings, thirtysomethings, women in their 40’s younger and older. Kids, yes toddlers to tweens, and products from all the major brands on display for all age. Allstate Insurance presented a Kids Zone featuring a closed course of battery-assisted balance bikes for children to experience riding for the first time. And the kids were slaying it. Yes, some took a tumble, but they got right back on and rode.

Motorcycles from all the major manufacturers, Honda, Suzuki, Kawasaki, Harley Davidson, four-wheelers for going out on trails and larger small truck-like utility vehicles that would be great for farms, hunting or just getting out into the wilderness. There was a sign for the Segway products and plenty of accessories and helmets. We found the Confederate Motorcycles an interesting contrast, here are high end, American made limited production objects of desire, that were works of art and with prices that reflected that. 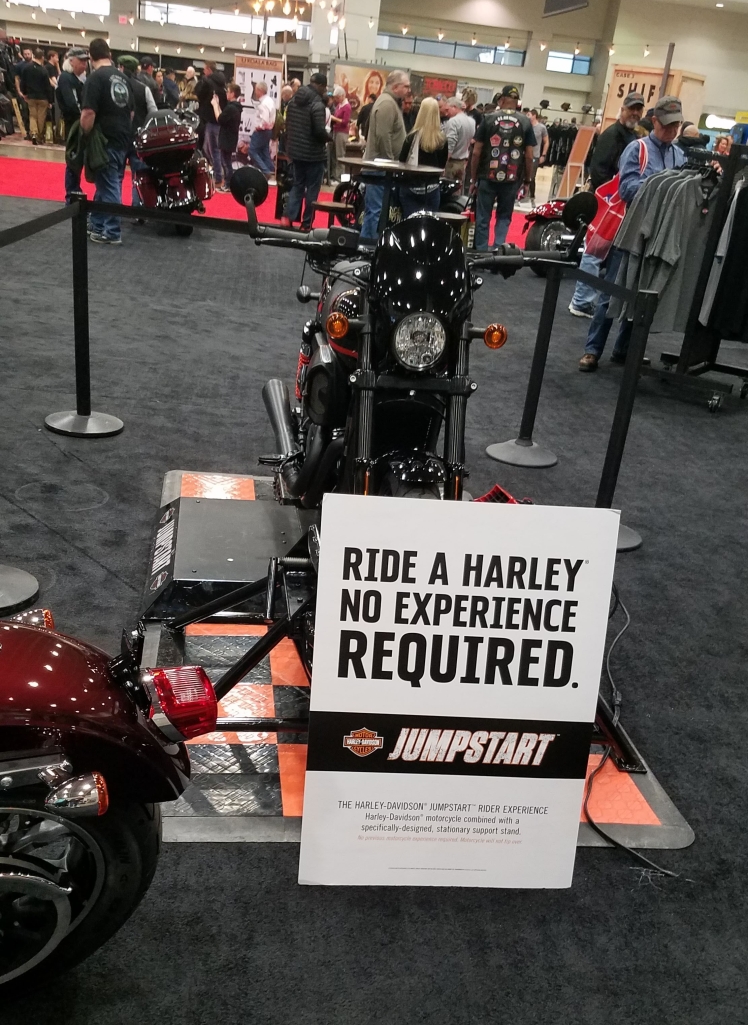 Bikers in my mind are thought to be rough as the open road and not looking for the creature comforts. Though it seems they too want heated seats, Apple CarPlay and Android Auto on their ride, and those items are offered as options on some of the upper bikes. Engine technology is advancing, not unlike what is happening in the automotive world. More fuel-efficient engines being controlled by computers were quite common.

We took advantage of the New Rider Course in the Discover the Ride Program, where we first rode electric assisted bicycles and then took out Zero electric motorcycles around a carpeted track at the far end of the show floor. While this was for riders 16 years of age and older, the Kids Zone puts the tykes on small electric bicycles. Seeing these youngsters who may have just learned to walk, all helmeted up and riding around in packs, reminded me of how dedicated and fearless they can be, not unlike kids learning to downhill ski, or pretty much anything, as they have not learned fear, as we do as we age.

Or maybe you are just tired of walking around, there are plenty of places to sit down, be it at the Progressive Café where you can get your beard braided or a henna tattoo and have a cold brew. Or at the Allstate booth where after answering an online survey, you get a root beer float or one of the several “parks” set up throughout the event with benches.  One place has massage chairs and there is even a 360-degree Virtual reality opportunity providing the visual experience of riding in Colorado, Arizona, and California.

While we may not be ready to go out and buy a bike, there is no question it is now more attractive to do and we may look into taking some riding lessons. And the Motorcycle Industry Council provides courses throughout the year around the country.  Who knows it may make us younger.